Small Things To Do with Dad, To Celebrate Him and You

I know the title of this post and the photos you’re about to see might seem to indicate that I am a daddy’s girl. And in a sense I think I am, but growing up, I didn’t get to see my dad as often as I’d like to. At one point, we weren’t even living under the same roof. Our family is far from perfect and traditional, even though from the outside looking in, people back home might expect us to be, because of my dad’s calling and job.

He is a pastor and a preacher.

A former-singer/songwriter-turned-preacher whose life journey has been nothing but miraculous.

He is not perfect, in fact he is so far from it. His upbringing was painful, his marriage is flawed, his parenting was often blurry — but he is mine. And I love him regardless.

I didn’t get to see him often then, I don’t get to see him often now, since we live in different parts of the world. But thankfully, he was here back in March, and you know what, I really enjoyed having him here! The whole month felt like a vacation! And here are the small things we did that actually helped us celebrate our relationship :

1. Listening to Old and New Music Together in Our Car Rides 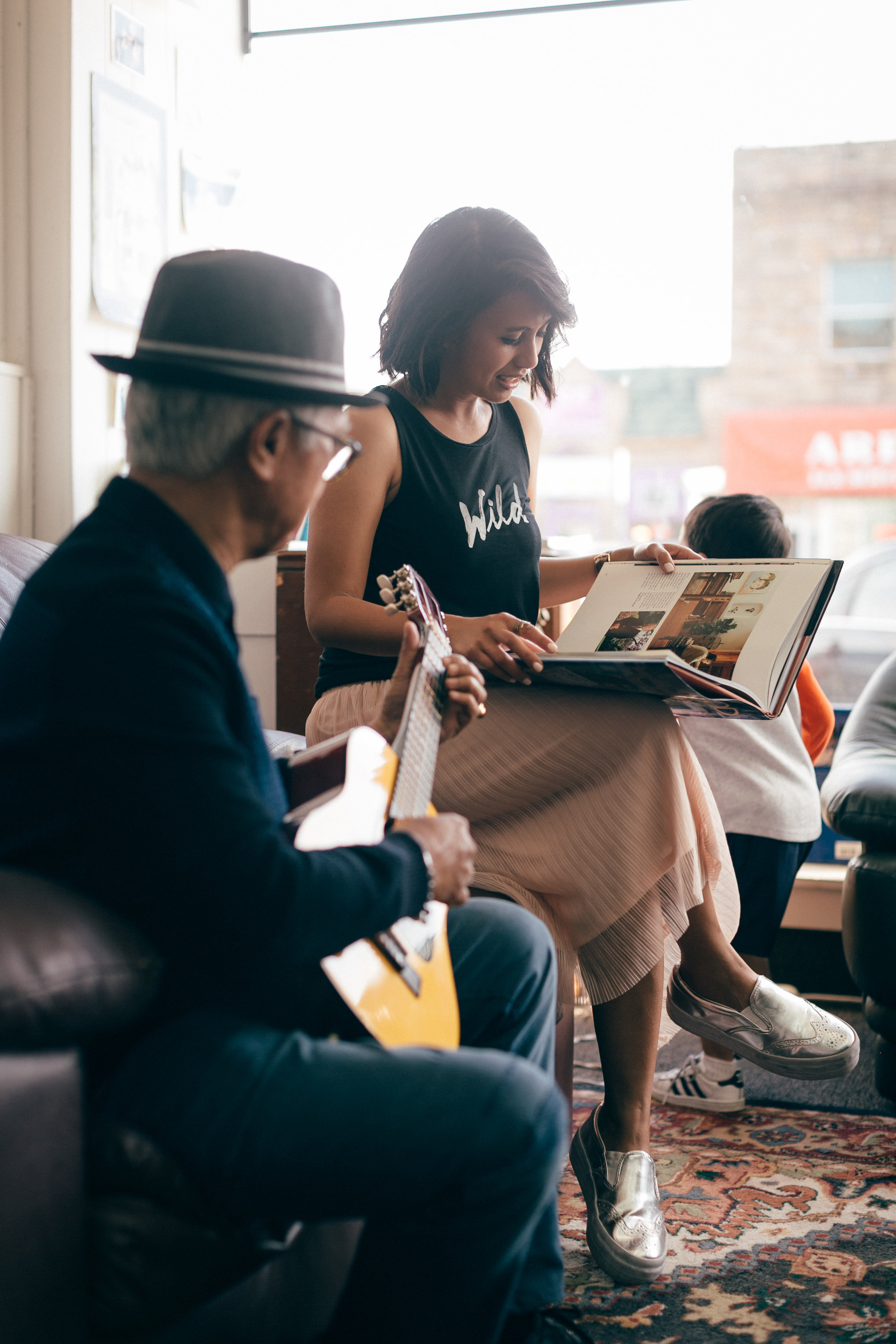 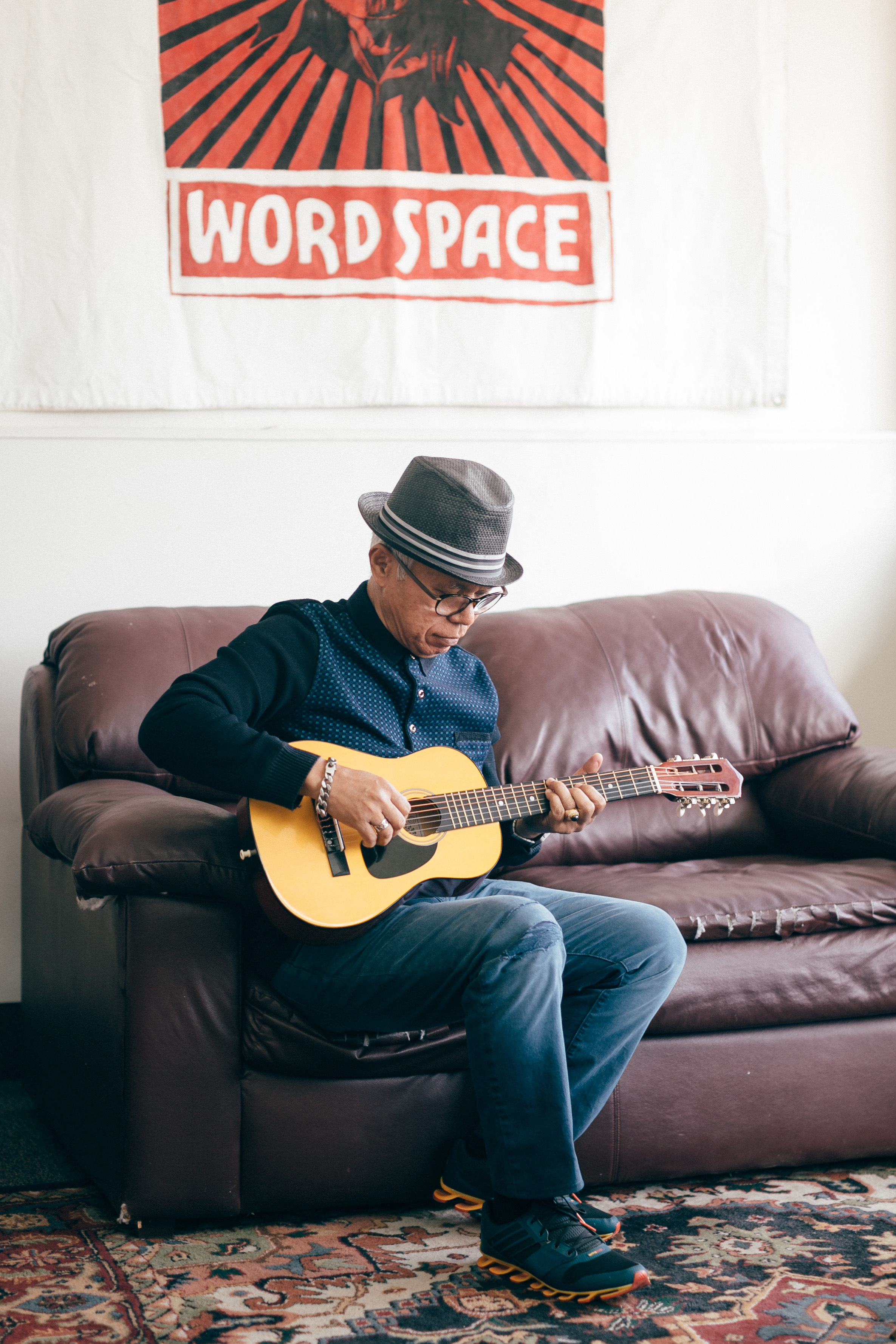 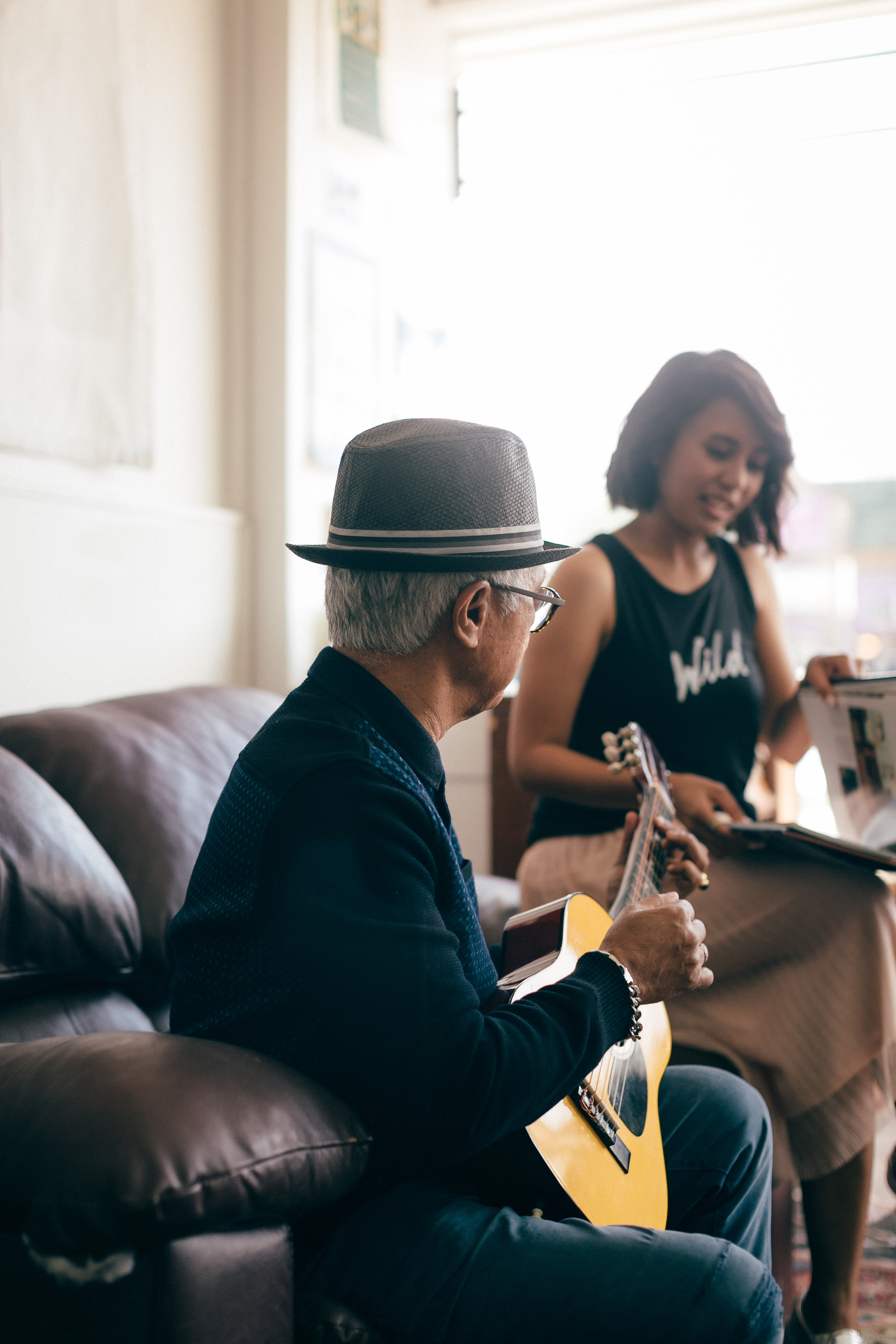 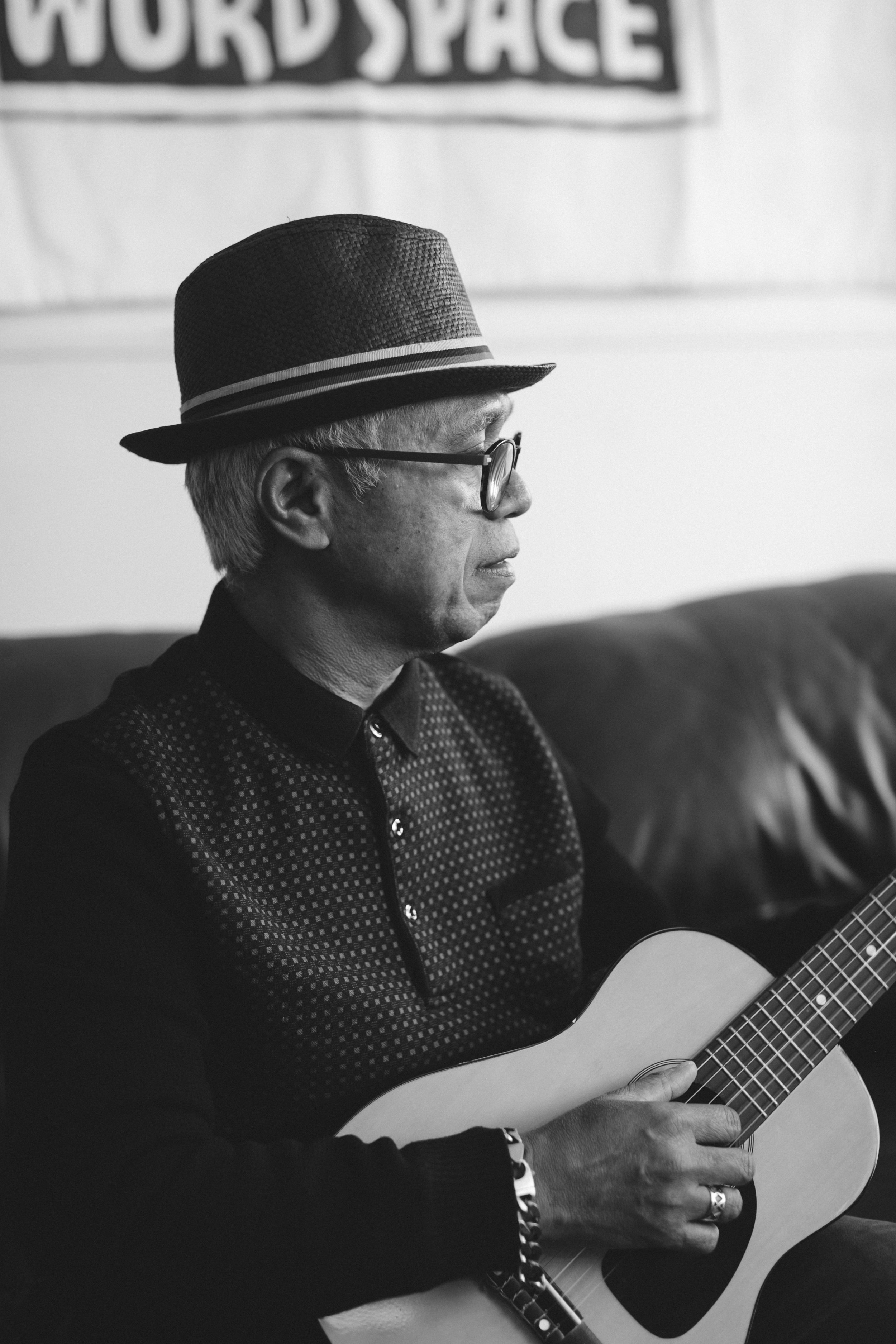 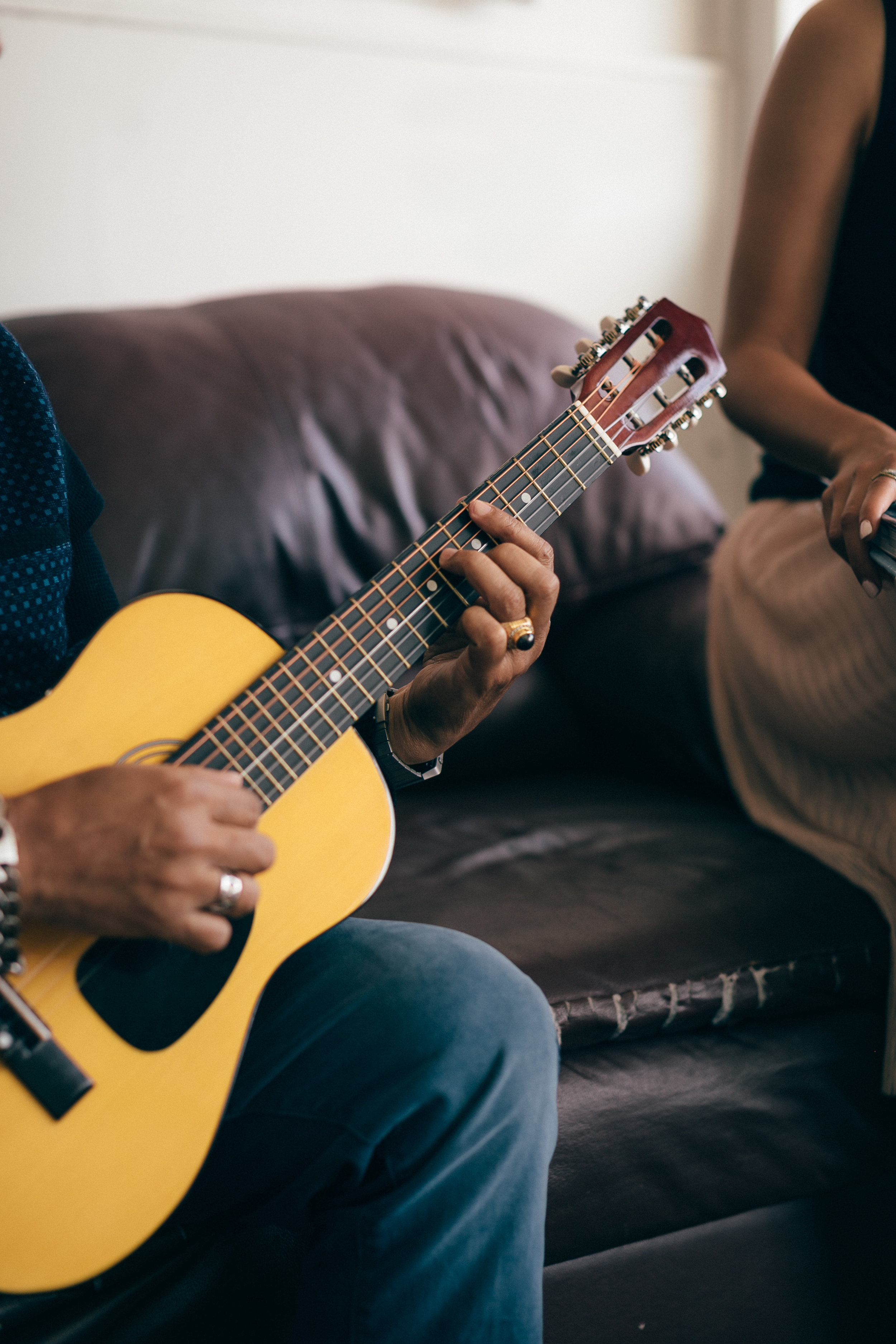 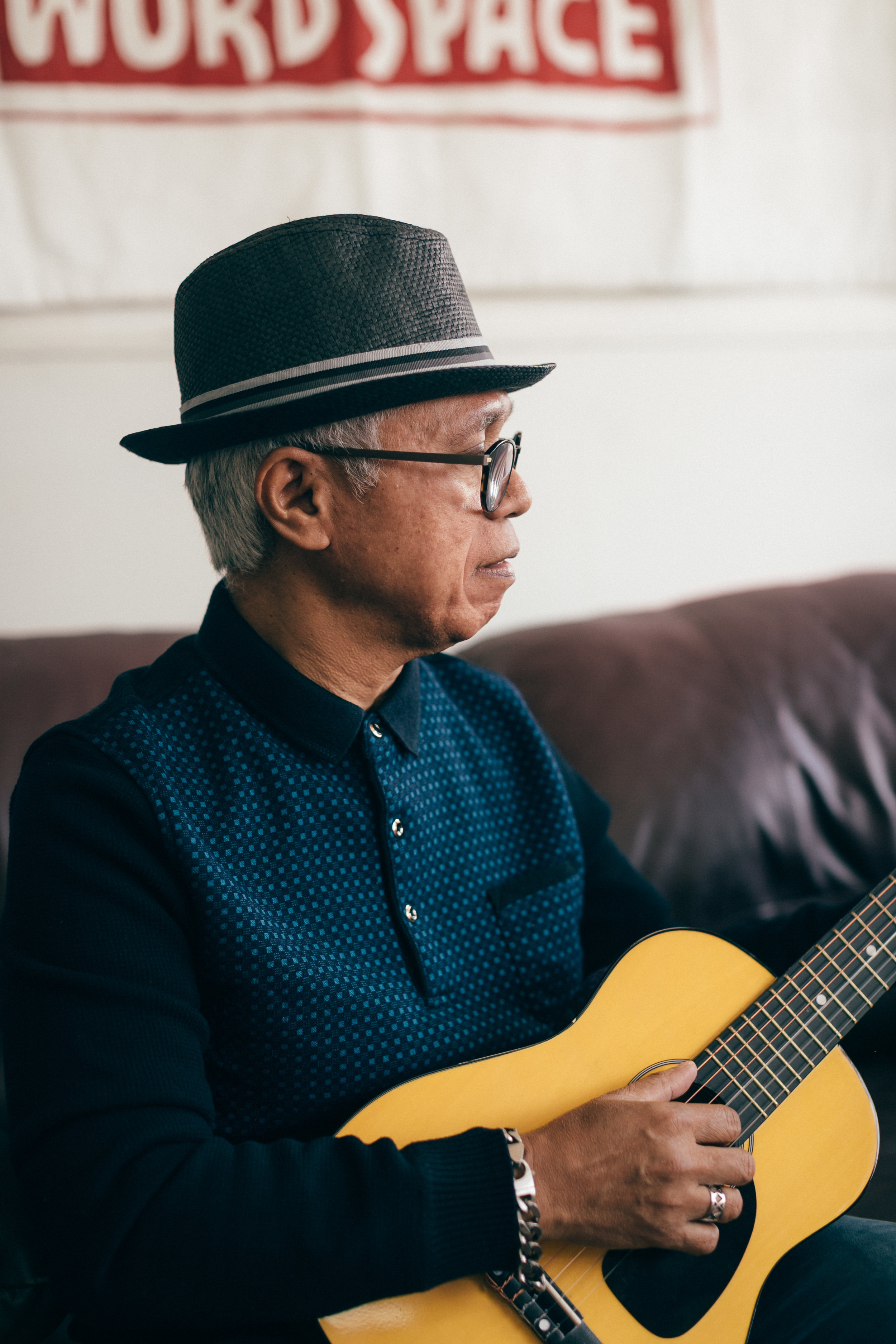 As an orphan, my dad grew up in the streets, and his musical skills was like his saving grace. He’s been playing guitar since he was very young, and although he is now a preacher, he still loves him a little reggae, blues, or rock n roll. With that being said, I knew he would enjoy listening to the music I’ve picked out for our car rides.

We jammed to Ziggy Marley’s True To Myself, The Rolling Stone’s I Can’t Get No Satisfaction, and John Mayer’s Moving On and Getting Over – and it reminded me of where I got my love for music from. And honestly, even though your parents aren’t musicians, they must have grown up listening to some kind of music and they must have a favorite song. Talking about it with them will definitely light them up!

2. Letting Him Spoil My Little One

This was one of the most fun stuff we did when he was here! We went shopping for J, where he bought him a keyboard, bunch of cool clothes including a leather jacket, and tons of baseball caps. J had a blast, I was relieved that I didn’t have to pay for anything, and my dad was genuinely happy. Everybody wins!

3. Not Bringing Up His Drama Unless He Brought It Up

Life isn’t perfect and sometimes, parents have their own drama going on. Although you care and you probably have a lot to say about things, keep your lips sealed at least until he brought up the subject. Refrain from taking sides, but do use your common sense and be fair. At the end of the day, we’re all family, and families shouldn’t be tearing each other down.

4. Learning From His Mistakes, Regrets, and Success

I asked him questions that had a lot to do with his past, emotions, views on things, and his hopes for the future. It helped me to see things from his perspective, even though not completely, because we’re wired differently and it is impossible for me to see things completely from his point of view. But I’m glad I asked him some hard questions, and addressed things I wanted to address without letting my emotions get in the way.

And I’m glad that we got to do it all over some burgers, beers, and glasses of wine.

Thanks for being you, pa. You’ve been a victim and you have also been a villain. But seeing you get up and keep on living, after all these years is just inspiring.

I love you, happy papa’s day.

21 responses to “Small Things To Do with Dad, To Celebrate Him and You”